A lifetime in the week of an event organiser 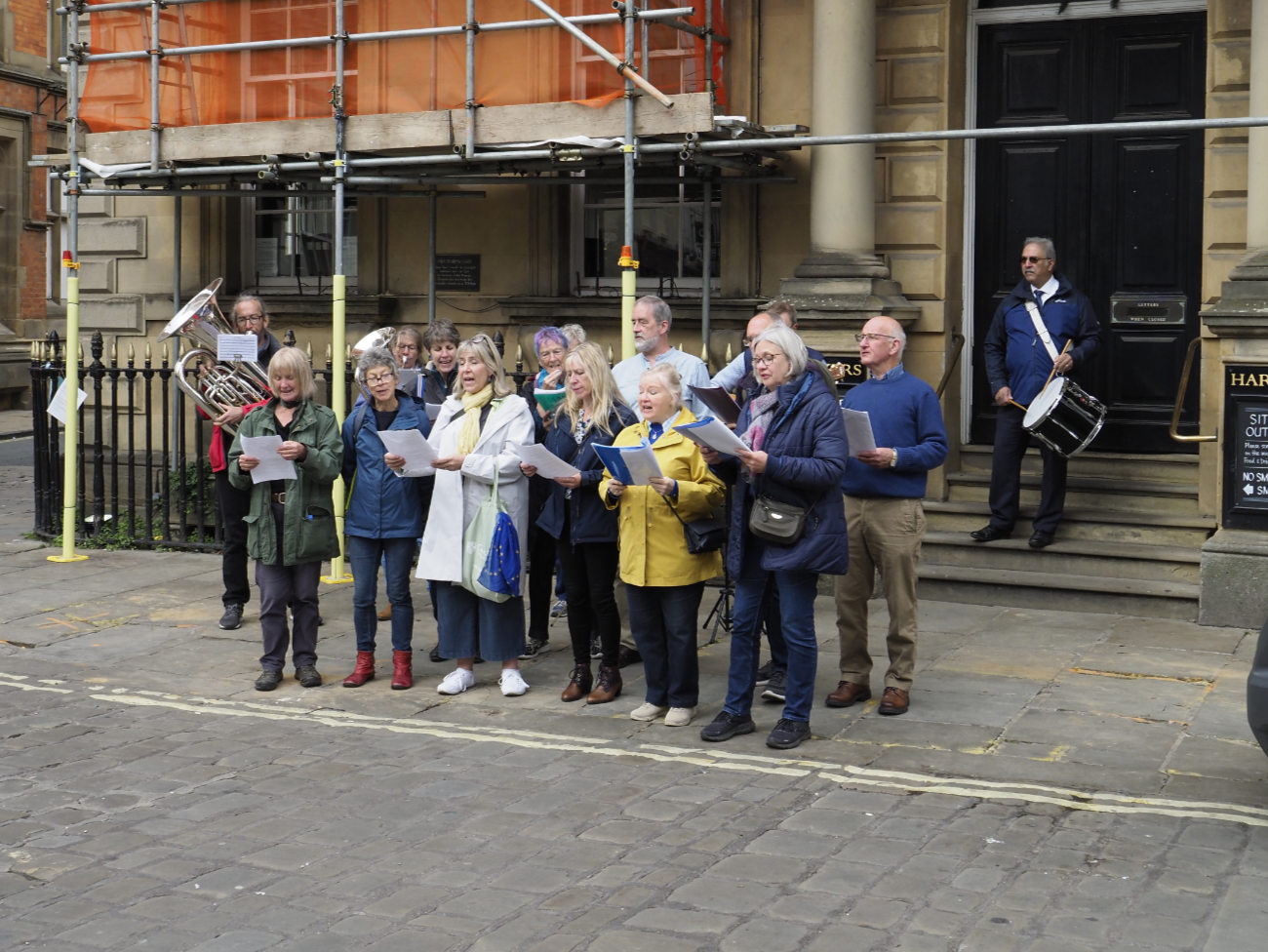 ‘Eventful' is the best way to describe my experience over the past 9 months of organising York’s contribution to the Festival of Europe that took place in York on 25th September 2022.


It all seemed simple enough when York for Europe first had the idea in early 2022. The aim of the Festival of Europe was to recognise and develop the UK’s connections with the countries and citizens of Europe so as not to lose our social and cultural links as a result of leaving the EU.

York has long standing links with its twin cities Münster and Dijon. To celebrate those links and encourage their future expansion, York for Europe put together an idea that the Festival of Europe organiser wholeheartedly endorsed. Fired by this encouragement we gave ourselves the job of making the idea happen.

So Münster and Dijon were to be invited, along with York itself, to contribute five pieces of music, of about 5 minutes each, performed and recorded by local musicians or singers. A video compilation of all the pieces would be made for each city to use in their event calendars at a time to suit them or to simply post online for the maximum number of local citizens to see. Subject to their availability, local performers might perform their music live, to add some interest to the event

Every stage of the project had some foreseeable challenges, starting with the basic issue of ‘Would the twin cities show any interest in joining in?’

Then there was who might we ask to contribute music? At what point could we confidently approach York City Council to request a city centre space be allocated for the video complication to be shown? Would we get a mobile video screen at a price affordable to our voluntary organisation that is totally dependent on donations? Where and how would the recordings of the music be organised? Who would compile the separate recordings once we had them? At what point could we declare the event was a real thing and start promoting it? Could we satisfy all the attendant requirements like safety procedures or medical support. I could go on, but you get the idea.

It’s fair say that for every foreseeable challenge, five were yet to be discovered as we worked through everything. The first major hiccup was that having set up to run the event on September 4th some while ago, we had to postpone the event until 25th September. So all the discussions about permissions, dates and times had to be revisited.

To give a concentrated sense of what life has been like over the duration of the project, I’ll fast forward to the event date, minus ten days. At that point all the challenges seemed to have been overcome, the thousands of detailed pieces of the event jigsaw had come together and the ones still missing had a resolution or a contingency plan in place…. Or so I thought.

With ten days to go the time had come to notify the relevant parking authority that we were going ahead with the event as previously notified. Once we’d given them the registration number of the mobile video van, we expected the parking waiver would be issued as a matter of course. Our intended use of a video van had been in our event plan and submitted to the City Council for about 6 months. Far from issuing the waiver, the authority replied they would not approve the type of vehicle we were proposing in St Helen’s Square, under any circumstances. This being a tad central to the whole idea for the event, we had to come up with a plan B that would get their blessing. Having sent out notices of the event to friends and partners, put together press releases, invited the Lord Mayor and the Lord Mayor’s consort to attend and geared all our activity to the project happening on 25th September, we were again faced with the real prospect of not being able to go ahead.

We went back to the City Council department that allocates event space to see if an alternative might be available for the 25th September. We also discussed our predicament with our video screen supplier and then went back to the parking authority to ask if they would be accept a trailer being used to support the video screen. To our enormous relief they agreed. Event back on. We went back to putting final details in place.

With just two and a half working days to go until the 25th Sep, I received a call from our video supplier with some unanticipated news. The trailer that we had substituted for the original van to get access to the square on 25th Sep had been on duty in London over the weekend before the Queen’s funeral. It had been returned damaged and inoperable. The necessary replacement parts were coming from China and would not be in the country until the end of the following week, missing our event by 5 days. Our supplier had neither a trailer nor any vans to offer. Profuse apologies were given. We were back to a place we’d been about 6 months earlier but with only two and half working days to find a supplier of a vehicle acceptable to the parking authority.

After a whole day contacting suppliers of mobile video screens, I’d failed to find a supplier who could offer a trailer for our event. I’d found one van of the type we’d been turned down from using at a tolerable cost to us. It had become the only realistic option we had.

To cut short the next 24 hours I threw myself at the mercy of the parking authorities and asked for some flexibility in view of the circumstances we were in through no fault of our own. I will always be grateful that they took a sympathetic view and agreed. The official permission in the form of a permit reached me mid-morning 23rd Sep, a Friday. Up to then the whole event had still been in jeopardy.

So it all ended happily after all, you’re probably thinking. Well it did but not quite yet. The van arrived in St Helen’s Square at 10.15. I arrived shortly afterwards to find a very large and very noisy scaffolding operation in full swing on the frontage of Harkers building in St Helen’s Square. The foreman cheerily told me he hoped they would be away by about 14.00 the time our event was due to start. He said they’d do their best and assured me they all wanted to get away quickly.

So once again at the mercy of others, I went about setting up the video screen with the driver / technician from our supplier. ‘The tech will let you down’ is a mantra I have been forced to adopt from a working life in which my tech does not talk to my client's tech, in spite of the assurance ‘It will be fine. We do this stuff all the time’ Needless to say my tech didn’t talk to the video supplier’s tech in spite of our having the correct adapters, cables and experience of using our respective gear. As the clock was ticking the screen still wasn’t working. The problem turned out to be a fault in an adapter that I had used just minutes before leaving home that morning but had failed somehow on my journey into York.

It was not until 13.15, 45 mins before we were due to start, that we got the video screen to flicker into life showing our video. What’s event organisation if not an exercise in stress management?

I have to say that for the most part everyone who had a part to play in this event was supportive and helpful. Once I explained the purpose of what we were doing and how it worked, it seemed to strike a chord they wanted to get behind. So thanks to all of them. Was it all worth it? Would I do it again? Yes, but not until I’ve had a few more days for recovery.