Brexit really isn't working for anybody.... 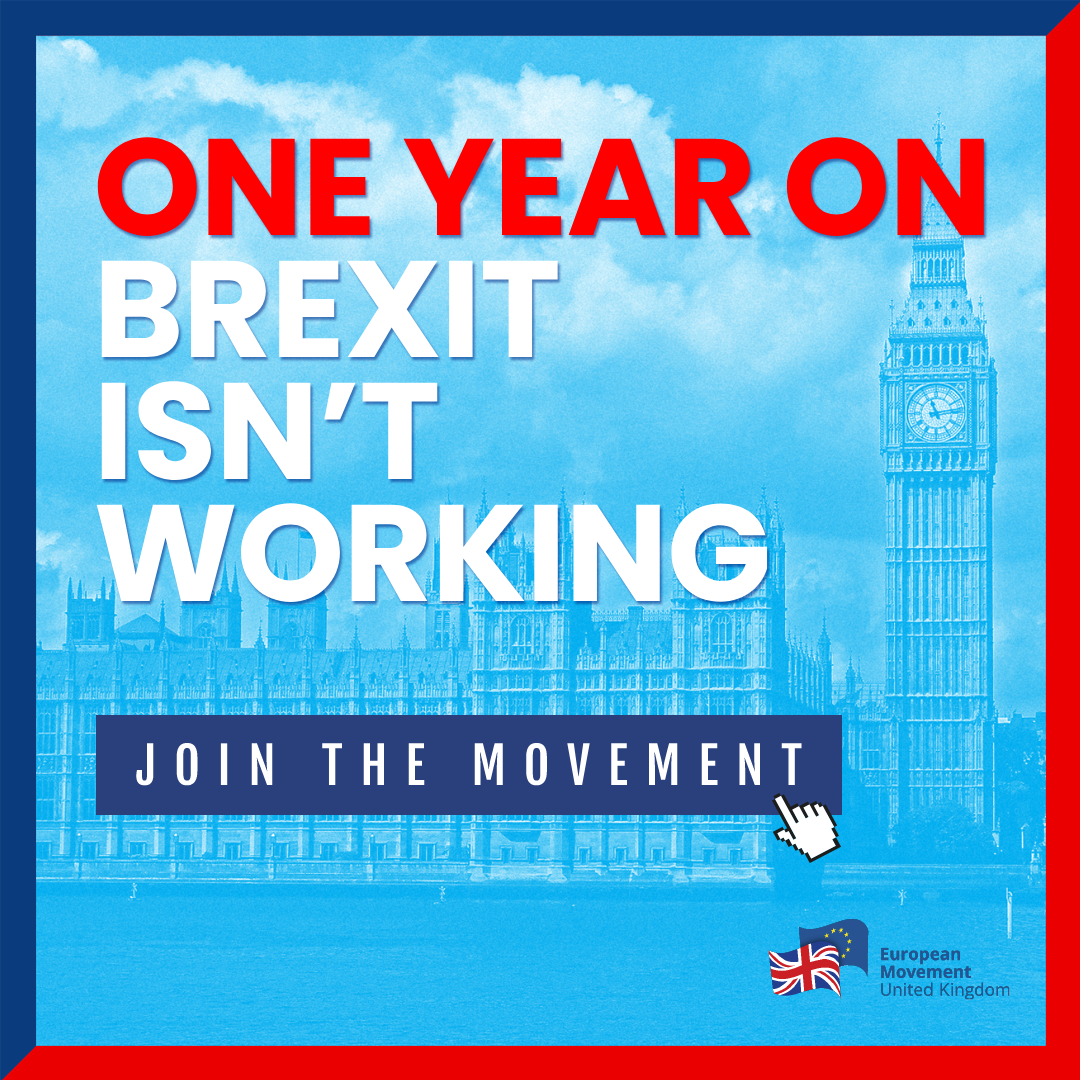 1. One year on from Brexit, we are #StillEuropean. Are you? Join the movement.

2. We are #StillEuropean and the UK belongs at the heart of Europe. Agree? Join us.

3. The fight back has already begun. But are you doing your bit? Join our movement and be a part of the fightback against this hard Brexit. #StillEuropean

4. Freedom to move, to work, to study across a whole continent. That is why we are #StillEuropean. Join us today and fight for your freedoms.

5. Boris Johnson cannot escape the tide of history. We are #StillEuropean and it is our destiny to return to the heart of Europe. Join our movement and let’s make it happen.

6. We are #StillEuropean and Europe is where we belong. Join the European Movement.

7. Do you believe in a European future? We do. Join our movement today and let’s make it a reality. #StillEuropean

8. Climate justice, social justice, human rights. To address the biggest challenges of the 21st century we need to work together. We need to be in Europe. If you agree, join us. #StillEuropean

9. Peace, justice and prosperity. We can only achieve these things by working together, as one European family. Join us today. #StillEuropean

10. Boris Johnson’s hard Brexit will never change who we are. We are #StillEuropean. Join our movement today.

2. We didn’t see food and fuel shortages until Brexit. It’s time to face facts: this Brexit isn’t working. Join us.

3. No one forced Boris Johnson to choose a hard Brexit. His choice means we face empty shelves, and more jobs are at risk. His hard Brexit isn’t working. Join our movement.

4. Every country has had to deal with Covid, but only the UK is dealing with food and fuel shortages. This hard Brexit is squeezing us hard. Join us and fight for your future.

5. You were promised a better life, but instead you’re being squeezed harder than ever to get by. You deserve better. This Brexit isn’t working. Join us and fight for a real alternative.

6. Shops can’t fill the shelves and queues are getting longer. This Brexit isn’t working. Join us and fight for a better future.

7. We’re seeing missed bin collections and driver shortages, all because of this government’s hard Brexit. Let’s face facts: this Brexit isn’t working. Join us and fight for a real alternative.

8. Because of hard Brexit, 1 in 4 small businesses is considering moving operations overseas. This Brexit is bad for business. Join us and fight back.

9. This Brexit has hit exporters with tariffs on £9.5bn worth of goods and services. This Brexit is a disaster for the UK’s economy. Join us and fight back.

10. This is not happening in any other country. It’s happening here because Boris Johnson chose a hard Brexit. #BrexitIsntWorking. Join our movement.

The European Movement UK is a cross-party organisation working to build closer relationships with the EU that we believe will benefit our country. We are powered by more than 12,000 members, some 160,000 supporters, 123 local groups, and our strong networks in Westminster and communities throughout the UK.

For more than 70 years, the European Movement has worked to build a closer relationship with the rest of Europe. The countries of the European Union, with whom we share both deeply held values and a common history, are our closest neighbours and natural trading and cultural partners.

Brexit was a historic, national mistake. UK interests, and that close relationship, are best achieved by UK membership of the European Union. The European Movement will fight to rejoin the EU as soon as it is politically possible.

The road forward starts with campaigning to improve the current deal. We will work to rebuild our relationship ‘brick by brick’, where there is clear evidence that closer cooperation with the EU will benefit the UK’s economy, our citizens, culture and international prestige. As we do so, we will seek to build new support for Europe in Westminster and among the UK public.

Returning to the heart of Europe

We are investing to grow the Movement’s size, strength and influence to deliver on our aim to return the UK to the heart of Europe. But we cannot achieve our mission alone: we are committed to working with and learning from others that share our objectives.

Join us. We embrace our European identity. We value the economic, cultural and personal benefits that have been our birth right for nearly 50 years through EU membership. We campaign for better access to the rest of Europe and to preserve our European values.